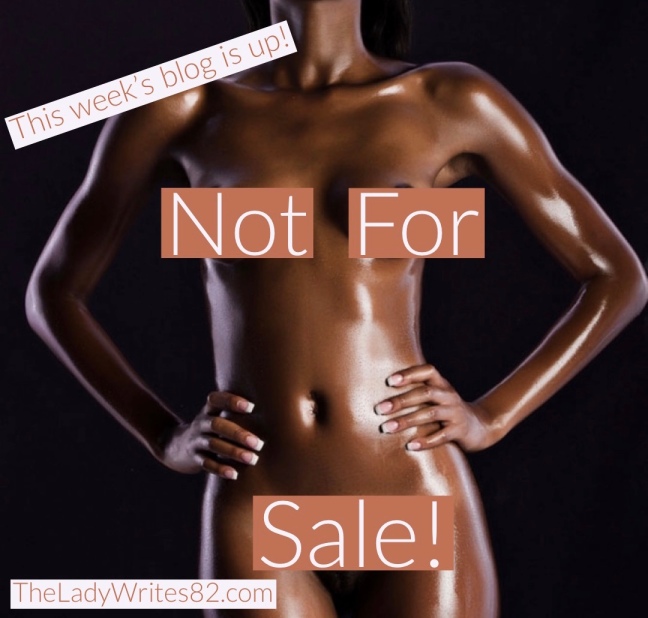 And more about what I learned about the world.

You know, like a proverbial light bulb moment, only this light bulb was turned out a while ago.

In fact, I wrote a whole blog about this light bulb moment last year, called “My Blackness is NOT for Sale”.

It was one where I explored a trend I’d observed in marketing and advertising campaigns in recent years that seemed to attempting to capitalize off of an apparent resurgence in let’s just say “black pride” for conversation’s sake.

In it, I talked about the Colin and Nike “partnership”, hair store “culture” and this “pay to pray” environment I’ve observed within some of the communities claiming to practice traditional African religions.

But I decided not to publish it because …

So I scrapped it …

But as I scrolled through my timeline and flicked through the channels over the last week or so, there was something that kept popping up that brought those same “Hey!!! I see what you’re doing and I don’t like it” type of feelings a-rumbling in my opinionated ass spirit. So I decided to say to hell with #1 and give #2 my best shot.

It all started with the release of that R. Kelly documentary.

At first it was cool (not the documentary, of course, but the public’s reaction). Whether I agreed with some people’s opinions on the subject or not, I did find that beneath some of the poorly placed jokes, there was an underlying theme of important dialogue taking place.

I saw men holding themselves accountable for some of their past problematic behavior; for helping to create a culture where these behaviors had become socially acceptable; and showing a seemingly genuine understanding of the fact that black women are often ignored, even when the consequences are deadly.

It made my cold, dark heart smile.

But as quickly as I rode that wave to redemption land, I fell flat on the hard crusty shoreline.

I mean it seemed to start off  innocent enough:

A picture of a handsome man …

a caption about black women being undervalued …

a link to buy an admittedly cool looking t-shirt he was wearing.

Then I saw another …

Of course, I appreciate the kinds words, Mr. Handsome man in the picture, but did you really have to try to sell me something immediately after catching my attention.

Clearly, if you’re reading this, you’re a person (or at least I hope).

So, imagine feeling ignored your whole life and one day, someone finally sees you; finally hears the words you’ve been screaming forever and a day … or for a split second you think they do, because moments after you have this thought, you find they only pretended to see you so they could put their hand in your pocket.

I mean, I know this is America. I know how business works. I’ve fairly well-versed in the BS involved with marketing.

But do we, must we, find a money making opportunity out of everything?

Can we just be proud of people who:

Have finally become comfortable with their natural hair without trying to sell them a bunch of products that are no better for them than regular ass water and oil;

Have decided to look into practicing the traditional religion deeply rooted in their culture without telling them they have to pay a fee to be initiated;

Have finally found platforms to speak on social injustice without trying to monetize their “followers”;

Have finally felt like someone has seen them after a life time of feeling invisible without trying to sell them a fucking t-shirt with your wack ass Instagram caption emblazed across the front.

Because who I am is NOT FOR SALE.

My struggle and ultimate triumph is not rooted in your desire to line your pockets.

This brown skin, this womanhood, isn’t a choice.

It’s not a trend.

And frankly, it’s sickening to know that someone is out there seeing dollar signs every time I take a step into speaking up, being proud, and being seen.

So as we move through this world where information is shared so freely, I want us to think a little before we share our hard earned duckets with people are preying on our journey.

It’s important to be aware, very aware … that there are people watching … watching what you like … what you want … what you need … what you share with the world …

And profiting hand over fist.

Until next time, folks,

Oh, and not so woke that you’re telling women they shouldn’t menstruate or any of that nonsense.

Until NEXT WEDNESDAY, folks!

Well, you know you can keep up with my antics every other day of the week:

2 thoughts on “My Struggle, My Identity, My Life is NOT FOR SALE!”