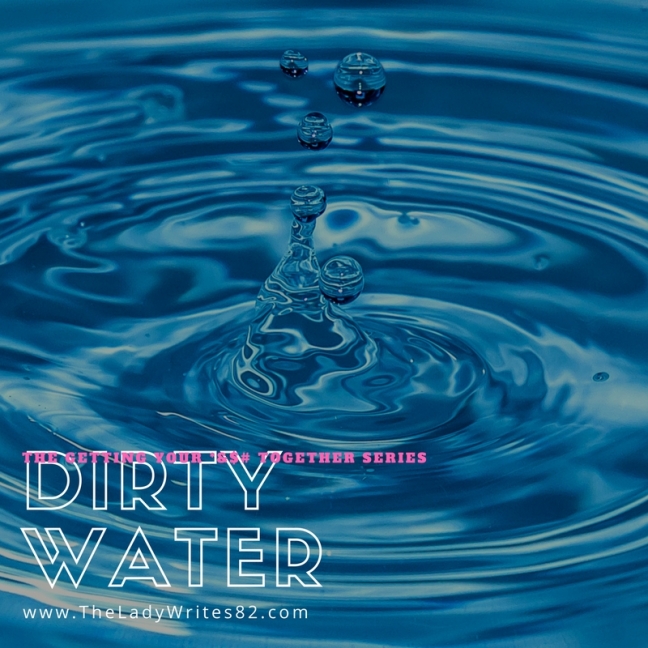 As usual, there I was minding my entire black ass business when this week’s blog topic came to me while listening to a podcast. This particular podcast is called Ear Hustle, a weekly show based in San Quentin that “brings you the stories of life inside prison, shared and produced by those living it.”

While this may not be everyone’s cup of tea, I appreciate the show for the same reasons why I write this blog: because it’s just conversations with regular people about their perspectives on life and the things that happen. While these people are incarcerated, it doesn’t negate the value of their human experience. Not to mention the fact that we’re all just one bad decision away from meeting the same fate … but I digress.

In this particular episode (Season 2, Episode 2), a former human trafficker and a human trafficking victim (turned activist) sat down to talk to each other about their individual experiences.

I was fine; I really was, learning all of this stuff and gaining perspective from other people’s experiences …

until the victim said something …

that verbally kicked me in my face.

She was talking about the abuse she faced at the hands of her mother and how her mother was also abused as a child. She said, “I came to realize that my mother was giving me dirty water to drink because she had never been given clean water to drink.”

Fast forward to a few days later and I was in the local dollar store. A kid about 10-years-old picked up a piece of Easter candy and I watched as his father yelled at him, telling him he was too old for Easter. The look on that child’s face was not one of a spoiled kid not getting his way, but of a child being disappointed with not being able to be a child.

And while telling your kid he can’t have Easter candy isn’t as heavy as the dirty water the woman in the podcast was saying her mom gave to her, it did bring my mind back to the podcast.

See, originally after listening, I was going to focus this week’s conversation on how I parent and the kind of water I’m giving my children to drink. After all, being someone’s parent is the most important thing I’ve ever done in this lifetime and I want to make sure mine is as clean as I can make it. But then I started thinking about this subject on a wider scale.

Aren’t we all someone’s child?

In some cases, someone’s parent?

After all, it’s biologically impossible for you to be reading this blog if someone didn’t give birth to you.

Then let’s couple that with the fact that everyone we come across, our spouses, the pastor at your church (if that’s how you get down), the lady ringing up your groceries at Walmart; they’re all someone’s child. Literally every human interaction we have is with someone’s child.

And here we are!

Do we ever think about what kind of water they were given to drink when we’re judging their behavior and how they react and interact with the world around them?

I think we should.

While the woman in the podcast talked about the physical and sexual abuse laced dirty water her mother gave her, the inmate talked about how his mother was a prostitute and his father a human trafficker who reprimanded him for not selling his first girlfriend at age 11.

And no these are not excuses for negative and destructive behaviors, but it’s …

In looking at the man in the store, I wanted to judge him, give him the side eye for not letting that baby have that chocolate and an Easter basket.

And because this situation is clearly exponentially less severe, let’s just say is “Marginally Murky Water”.

But nonetheless, there is goes again.

Maybe he was telling his son he couldn’t celebrate Easter the way “babies” do because that man’s parent forced him out of childhood at his son’s age. Hell, when we add the layer of socioeconomic factors onto this already complicated subject, maybe it wasn’t this man’s parents, maybe it was the outside world that gave this man “Marginally Murky Water” at that age.

Either way, he was, in turn, giving that same “Marginally Murky Water” to his son.

So when we talk to people, interact, and build relationships, we have to take into account what kind of water they’ve been drinking their entire lives.

But let me make this clear …

While it’s important to understand the water, it doesn’t mean you have to get wet.

In other words, just because I understand your bullshit doesn’t mean I’m have to eat their shit sandwich.

What I’m saying is that we should set proper boundaries …

but also be more patient with each other …

when they were at their most vulnerable and thirsty point in their life.

It may have been Dirty Water; it may have been water laced with pain, abuse, violence, and manipulation. If that’s what they were given to drink by the person that was supposed to love and care for them the most, what do you think they’re going to give the rest of the world and everyone else they come into contact with?

Until next time, folks …

Be kind to yourself first …

But be kind to others …

Well, you know you can keep up with my antics every other day of the week …

One thought on “Getting My &*#@ Together Series: Dirty Water”